I’m proud to be your Travis County Sheriff. I was first elected in 2016, and  I’ve enjoyed a career in law enforcement for 38 years, 33 of which have been in Travis County. It all started in 1981, in Llano, TX. As the mother of a special-needs child, I was looking for employment that would allow me to work nights and care for him during the day. The local sheriff offered me a job as a night dispatcher. Little did I know that job would stir a passion in me, and launch me into a career that would define the next four decades.

Juggling motherhood, a full-time job, and the academy, I managed to achieve the goal of becoming a licensed peace officer. I moved to Austin in 1988, and served as a deputy with the Office of Travis County Constable Precinct 3. In 1992, I was hired as Sergeant Investigator for the Travis County District Attorney’s Office and in 2005, was promoted to Chief of Investigations. I will always look back on those years as some of the best of my life. It was gratifying to work on cases that offered justice and new beginnings to victims of crime. 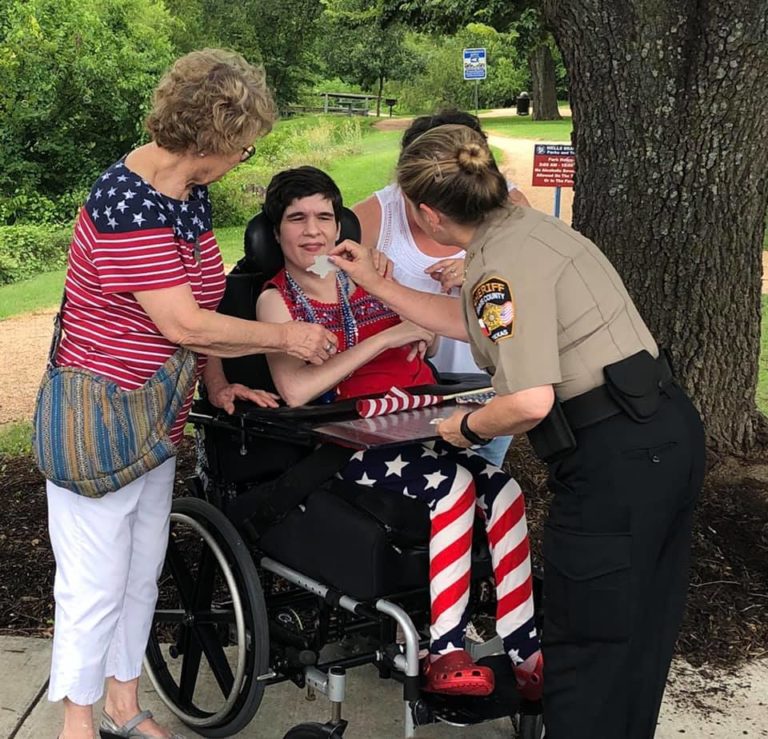 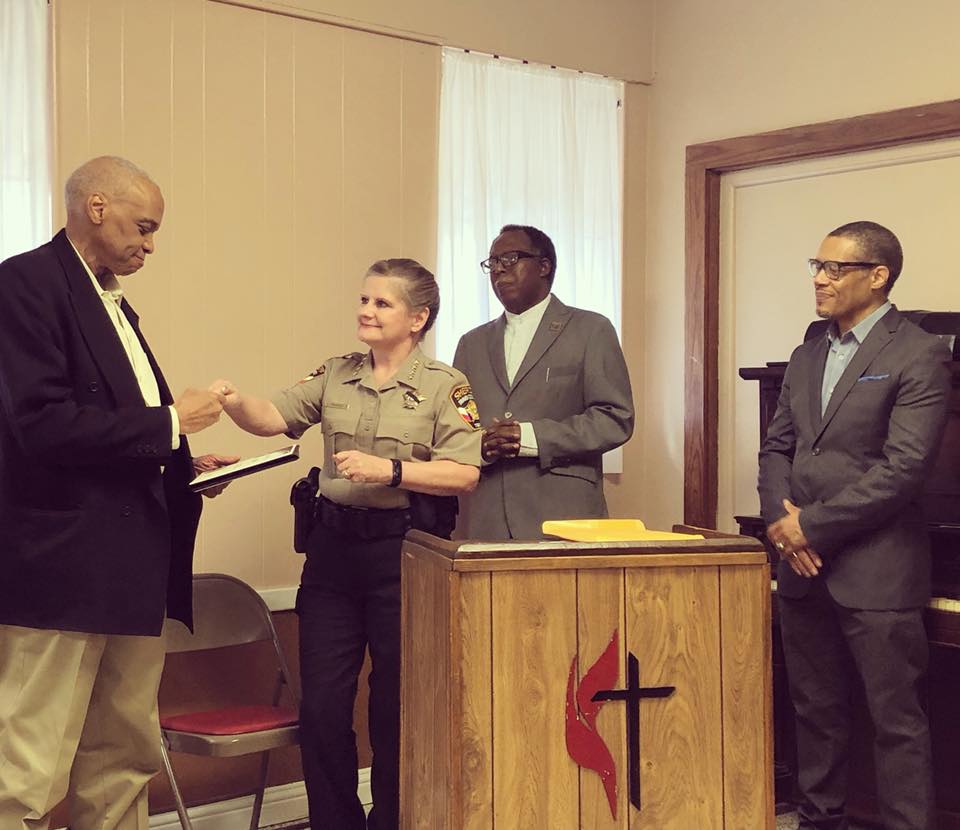 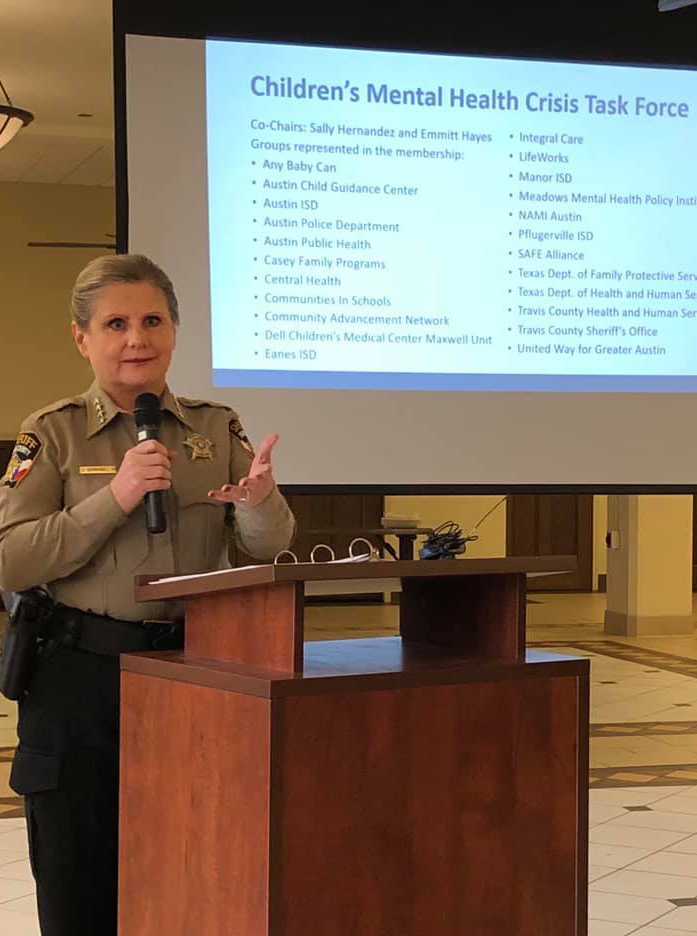 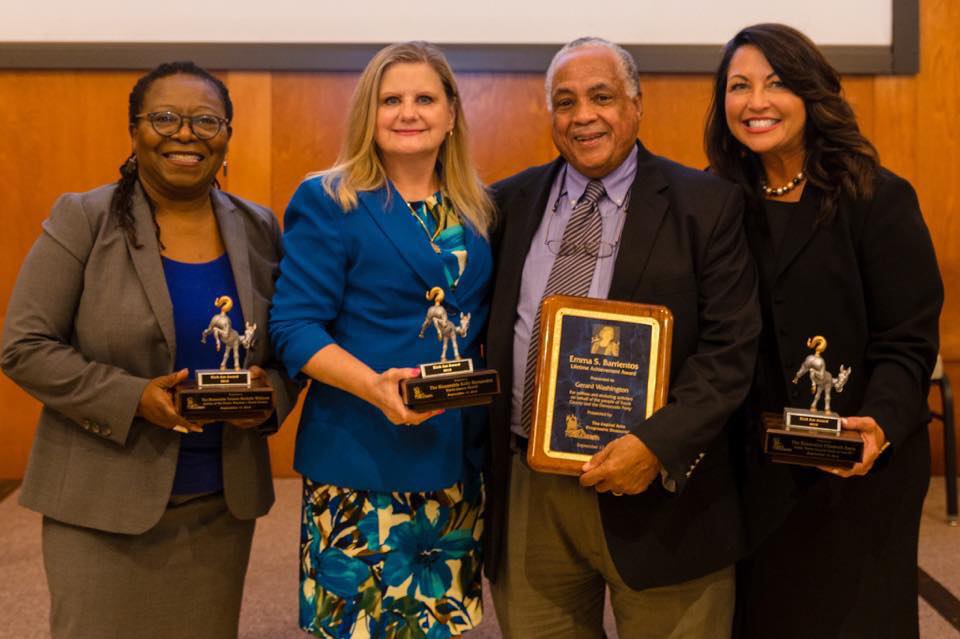 In 2012, I decided to run for Travis County Constable Precinct 3 and was elected. At that time, I held the distinction of being 1 of only 25 women to hold the title of Constable in the State of Texas. I thought that was a big deal. At the urging of many colleagues and friends, I made the decision to run for Travis County Sheriff in 2015. I took office in 2017, and am now 1 of only 6 female sheriffs in Texas.

I’m a worker by nature and am not a fan of the spotlight. I honor media requests for interviews as necessary, but prefer to be on the job, partnering with people and organizations to make Travis County safer for residents while connecting with our communities. I love being your sheriff and look forward to more years of service. 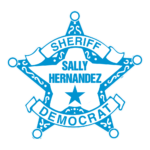